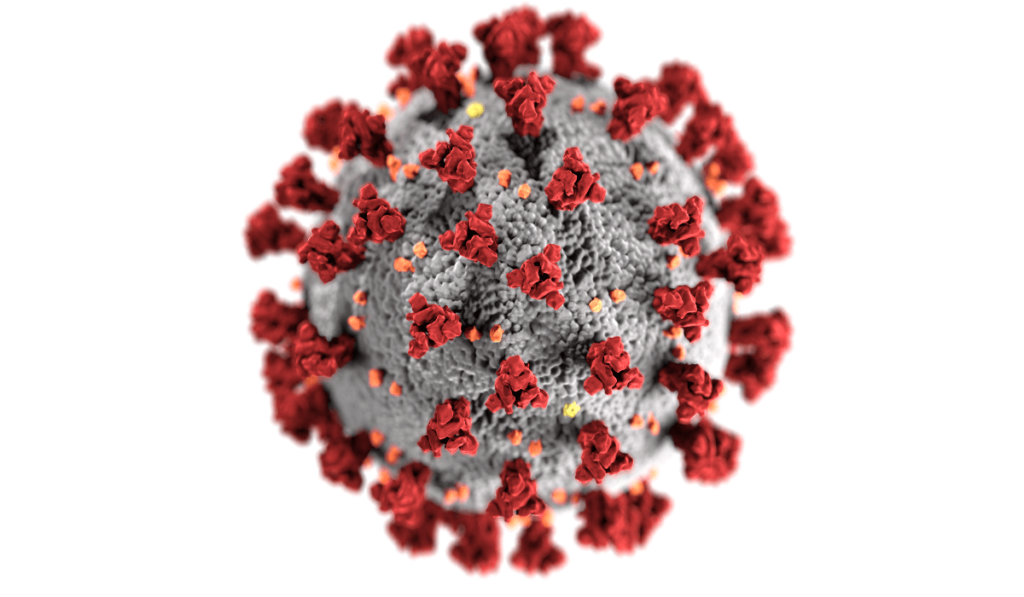 Did humans consciously cause the Covid-19 pandemic?

Most people know that the disease identified as COVID-19 (SARS-CoV-2) likely began near Wuhan China in December 2019. Scientists have “overwhelmingly” concluded that COVID-19 migrated to humans from wildlife. Full-length genome sequencing indicates that COVID-19 is very similar to a previously identified virus found in bats. Slight variations in COVID-19’s genome suggest that transmission to humans likely came from an intermediate host. The Huanan Seafood Market in Wuhan is the most probable source of the outbreak.

COVID-19 is a type of coronavirus. The disease name derives from its underlying genetic structure and date of discovery. Coronaviruses belong to a large family of diseases, known as zoonotic diseases, that can infect both animals and humans. Coronaviruses were first identified in animals in the 1930s and the first known human infections recognized in the 1960s. The CDC estimates that six out of 10 infectious diseases in people are zoonotic in origin.

Zoonotic diseases pose a uniquely dangerous threat to human populations. When animal infections spread into human populations, humans can be especially vulnerable. Human immune systems often are unprepared for defending against illnesses that evolved in other species. A recent report by the International Livestock Research Institute found that zoonotic diseases cause “2.5 billion cases of human illness and 2.7 million human deaths” every year. Furthermore, the threat from animal-borne illness has been growing throughout modern history. Many of the 20th century’s most deadly human pandemics evolved from animal influenzas.

Coronaviruses have another evolutionary characteristic that makes them unusually dangerous. Their cellular mechanism relies on RNA, rather than DNA. Like its DNA based counterparts, when a coronavirus infects a human cell, it forces the cell to make viral copies. The difference is, RNA produces many more errors during the replication process than DNA. The high error rate means coronaviruses mutate rapidly. Evolution favors mutations that enable the virus to reproduce more successfully. The potential for rapidly evolving novel characteristics that can infect new hosts (like humans) and evade immune system response is part of the reason coronaviruses can be so deadly.

So, was COVID-19 just a natural, evolutionary outlier, or did humans play an active role in creating the pandemic? The idea that people may have consciously initiated a plague that brought death and suffering to millions is a disturbing proposition. Yet, the question bears examination in hopes of preventing future runaway pandemics. Like so many other things in life, finding a truthful answer lies in understanding how complicated systems work.

First, we can put to rest any notions that COVID-19 is a manmade virus. A recent article in The Lancet provides overwhelming evidence that the SARS-CoV-2 virus originated in wildlife. The authors accurately point out that “conspiracy theories do nothing but create fear, rumors, and prejudice that jeopardize global collaboration in the fight against this virus.” There is little to no evidence supporting the theory that the virus arrived via human origin.

We can feel confident that people did not intentionally cause COVID-19; yet it is possible that people could have contributed to advancing the disease in other, less deliberate ways. Recall that zoonotic diseases are caused by germs that spread between animals and people. One important factor in all disease transmission is exposure, to become infected, there must be a route of exposure. Zoonotic diseases are known to spread through several exposure routes (direct contact, indirect contact, vector-borne, foodborne and waterborne).

Humans have been in close contact with domesticated animals for millennia with the potential for zoonotic disease transmission existing just as long. The sharing of disease between animals and humans results, in part, from a willful choice to associate closely with animals. While there is a long history of widespread contact with some animals, (livestock and companion animals for example), the frequency of human contact with wild animals has typically been much lower.

“Emerging infectious diseases” are defined as a disease that was previously unknown, has a rapidly increasing incidence rate among humans and results in a persistent infectious pathogen that cannot be controlled. The majority of emerging infectious diseases now originate from human contact with wild animals. The conversion of land for agriculture, deforestation, wetland destruction, road construction, coastal degradation, urban development and human population growth all conspire to reduce animal habitats and squeezes wildlife into ever-shrinking, fragmented areas. As human development increasingly pushes deeper into remote natural areas, encounters with wild animals also increase.

Research in ecology and biology has helped us understand the ground rules for habitat and species populations. When animal habitat is reduced, it supports fewer species and increases rates of extinction. As animal populations shrink, genetic diversity is also reduced. Populations with lower genetic diversity are more susceptible to disease epidemics. People who come in contact with wildlife confined to small habitat ranges and reduced genetic diversity are at increased risk of having an encounter with emerging infectious diseases.

Did humans cause the COVID-19 pandemic? The evidence strongly suggests that the virus was not manmade or maliciously released into the environment. Even though there is no reason to believe deliberate malevolence was the cause of COVID-19, the human suffering from the virus has been no less devastating. The question of whether people “caused” the virus cannot be addressed based simply on the lack of malevolent intent.

When dealing with complicated systems, like the mutations and spread of a virus, the consequences of our choices may not be obvious at first glance. Doctor Donella Meadows defines a system as “a set of things (people, cells, molecules or whatever) – interconnected in such a way that they produce their own pattern of behavior over time.” Systems Theory recognizes that humans have progressively conceived, built and learned to grapple with many elaborate, multifaceted networked structures. These structures are often full of feedback loops that receive inputs from multiple sources and produce outputs that are greater than the sum of their parts. System Thinking is a method of analyzing these types of complex systems. It is a method that goes beyond the “direct paths of cause and effect” and considers how myriad inputs flow through countless interconnected nodes and can result in unexpected outputs.

A virus undergoing an evolutionary change in a Darwinian race to reproduce and survive is an excellent example of a complex system. In the case of COVID-19, the virus is RNA based and responds to changes in its preferred environment by creating copious copies of itself. A high replication error rate allows the virus to create random, novel changes to its basic function, with natural selection favoring modifications that help the virus adapt to new or altered conditions.

To a certain extent, the coronavirus is a black box, unpredictable and surprising. For example, the random errors of RNA replication and the novel new functions they enable impede our ability to precisely predict whether the virus will move from the wild into human populations. This is a classic example of a component of a complex system. When confronted with such ambiguity, people will often assume that they lack control and their actions can have little impact on the course of random events. When faced with uncertainty, we might focus on searching for smaller, more understandable pieces that yield to cause and effect analysis. Belief in conspiracy theories, for example, where an evil adversary deliberately unleashes a plague gives us a sense of understanding and control. Find the culprit and the antidote and the problem goes away. Of course, this type of thinking seldom solves complex, real-world problems. Moreover, it wastes critical time and resources and diverts attention and effort from correcting the inputs that are actually driving the undesirable outputs.

Many human actions have a direct and predictable impact on increasing the odds that a zoonotic disease will migrate from a benign, largely harmless condition into a deadly worldwide human pandemic. These actions operate within the complex system of viral evolution and may not be instinctively recognized through direct cause and effect analysis.

As outlined earlier, when we structure land-use policies in ways that encourage the destruction of natural environments, we knowingly create the conditions for increasing contact between people and wild animals. Intensifying encounters with wild animals is a critical and well-understood condition that enables more routes for zoonotic disease transmission. When the overall area of natural habitats is reduced, it also reduces genetic diversity in wild animal populations, thus lowering their ability to evolve natural immune defense to disease epidemics. When habitat reducing land-use policies are combined with animal population declines that involve exploitation (over-harvesting from hunting or wild animal trade), the chance of human zoonotic disease transmission increases even further.

The overuse of antibiotics in domestic animals further adds to the conditions that promote the spread of antibiotic-resistant disease to wild animals. The majority of emerging infectious diseases transmitted to human originates in wildlife. Natural selection favors disease mutations that allow pathogens to infect a larger variety of hosts (high host plasticity). Increased contacts between humans and wildlife is a likely driving factor in breeding new viruses with high host plasticity and intensifying the sharing of zoonotic diseases.

Destructive land-use policies and the overuse of antibiotics are both largely driven by the economics of growth and overpopulation, two additional human inputs that flow through disease and environmental systems. Combined together, all of these inputs contribute to circular feedback loops that are characteristic of complex systems and increases the likelihood of experiencing outputs we may not have intended or anticipated.

The conditions that enable or impede the onset of a disease like COVID-19 are heavily influenced by human actions. We make many decisions that increase or decrease the probability that a relatively benign animal flu will morph into a worldwide human pandemic. The connection between a given input, land-use policies for example, and a worldwide pandemic is not necessarily overtly visible as a direct cause and effect. No one deliberately created the COVID-19 pandemic, yet many of our conscious choices increased the probability that such an event would occur. Furthermore, the warnings against making those choices have been well-known and documented for decades. We are routinely reminded that our environmental, economic and animal husbandry choices are operating at unsustainable levels. With knowledge and awareness, through our systems of organization, we knowingly choose what to ignore and what to embrace.

Did humans “consciously” cause the COVID-19 pandemic? The only useful answer is one we arrive at collectively. We must acknowledge that many of the challenges we face are complex and beyond simple interpretation. We must educate ourselves about the intricacies of our problems and become informed by seeking out experts and learning to identify and rely on factual sources of information. We must work to solve our problems by leveraging the knowledge and insights built up over the course of human history. We must do these things en masse and form majority consent around the solutions most likely to lead to the outputs we desire.

Published in Environmental and Science and Technology

Bob Gilbert is the managing editor at Bright Line Publishing. He writes on a broad range of topics with specific interests in stories that emerge from a truthful and principled exploration of our world. Bob has a background in technology and holds a bachelor's degree in Information Systems and a master's in Sustainable Environmental Management.

Quick Reads from The Stream